‘I am Rives’ – a new global campaign

‘I am Rives / Je suis Rives’ is our new global campaign to spotlight Rives, the Arjowiggins paper range with the French papermaking heritage whose raison d’être is the pleasure of touch and texture.

The campaign features a new printed tool, a new visual campaign and motion clips all created by design agency BVD of Stockholm, that shed fresh ligth on the exceptional quality and printability of both Rives and Rives Sensation, as well as the French heritage of the collection. 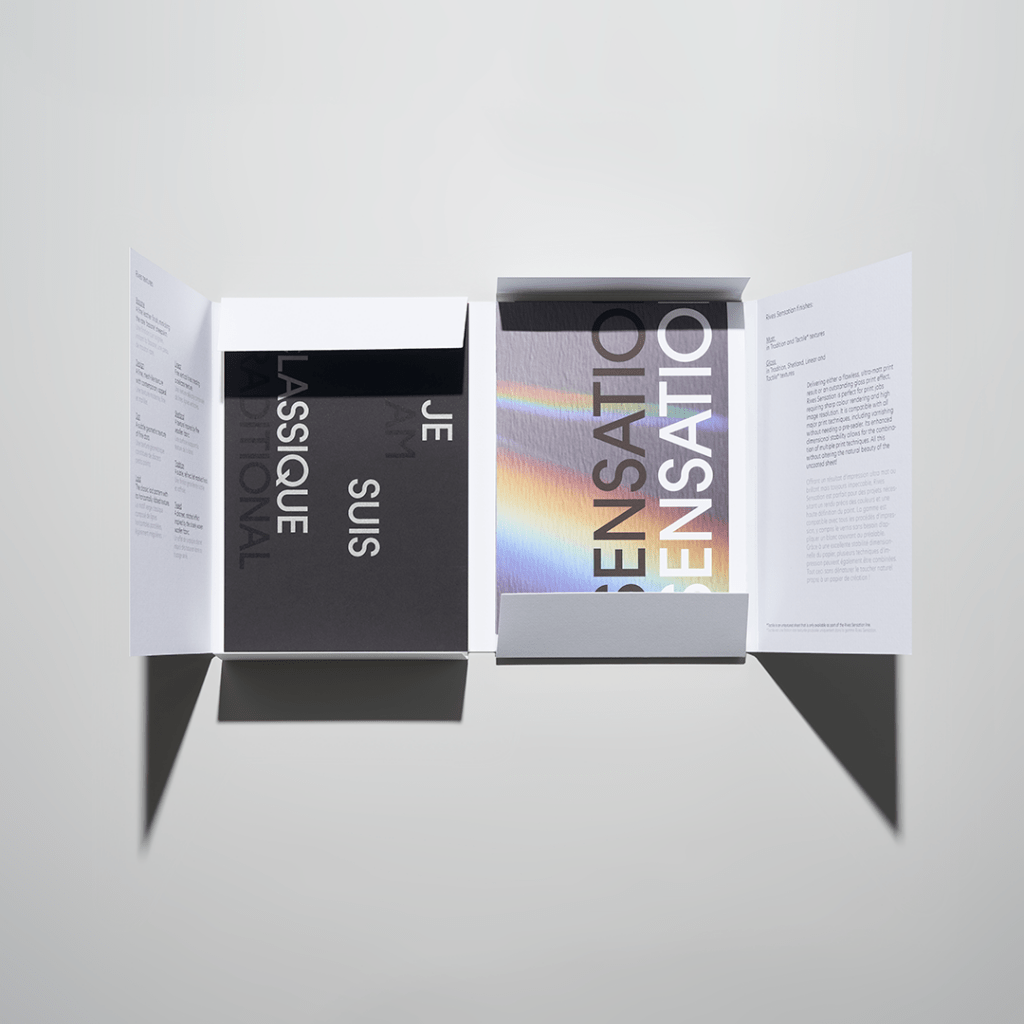 ‘I am Rives / Je suis Rives’: The campaign

Jose-Anne d’Auvergne, Arjowiggins’ Head of Marketing, explains the aim of the campaign. ‘Rives is a prestigious and versatile range of papers that can fulfill a wide array of applications, and it carries a huge amount of brand equity across the globe. We wanted to give it a new lease of life with a campaign that focuses on tactility, and specifically how touch and texture can be expressed and experienced through digital media. We also wanted to pay homage to the French origins of this iconic range.” 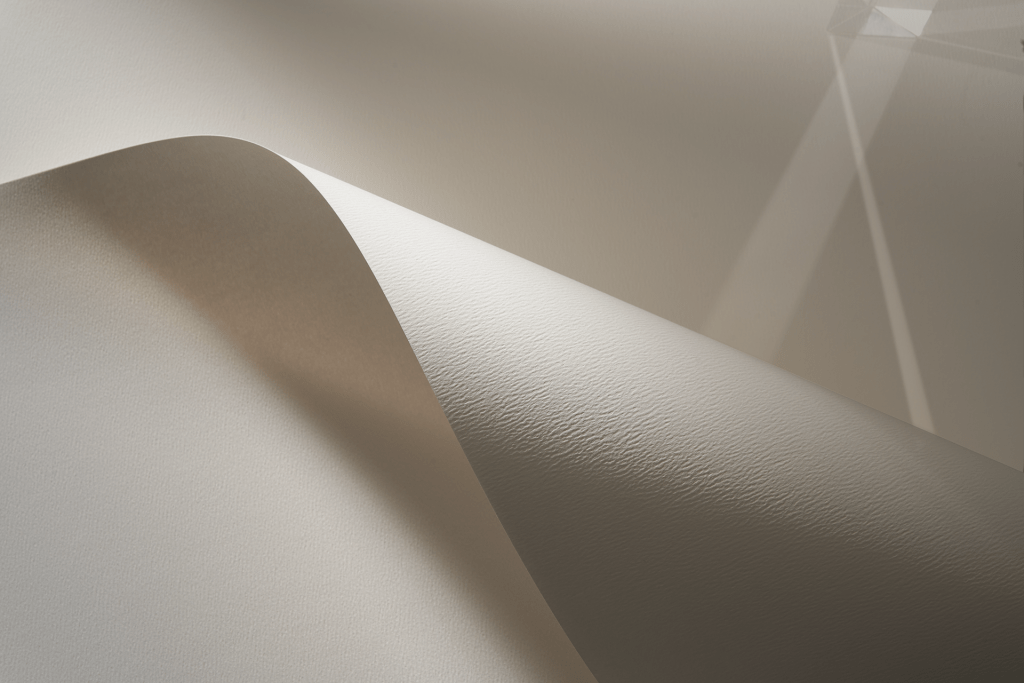 The renaissance of Rives has demanded a creative direction that can do the range justice and capture, in all their tactile glory, the contemporary design possibilities of the collection.

Of the campaign, Rikard Ahlberg, design director and partner at BVD, says. ‘We decided to make the textures the heroes. We wanted to reach out to creatives around the world in a new way and highlight that touch can really evoke feelings and release creativity. Tactility can be a true superpower if you want to appeal to someone’s senses.’ 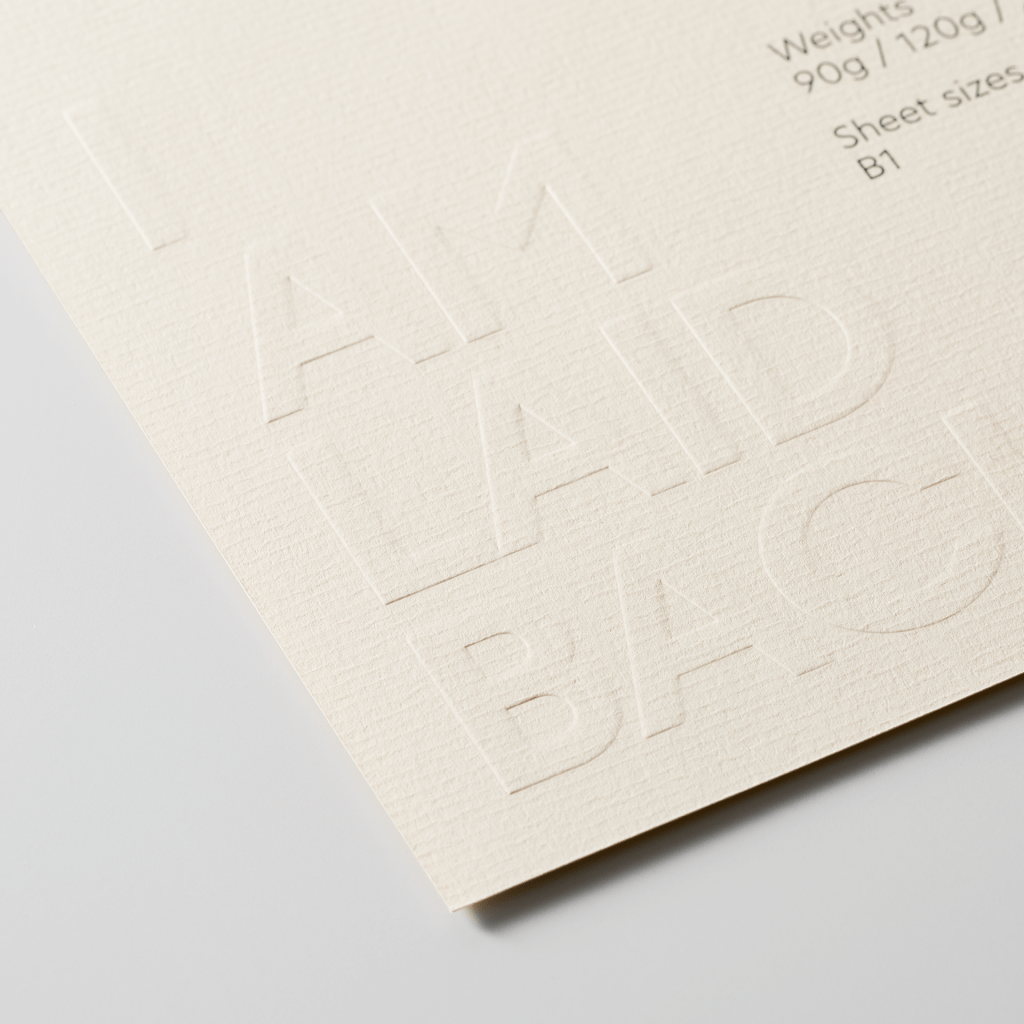 The campaign is built around a ‘persona’, suggesting that Rives is something more than just a paper. With French/English bilingual text to highlight Rives’ heritage, the new ‘I am Rives’ tool lets the paper speaks for itself. A set of ten cards demonstrate the striking results of an array of print processes – offset, digital, embossing/debossing, hot-foil and silkscreen – on the full range of Rives textures, with quotes that link back to each paper: ‘I am all dressed up in Tweed; ‘I am laid back’; ‘I feel blue’ and so on.

‘We wanted to use different print techniques to showcase the world of possibilities with the Rives range,’ says Rikard. ‘Inspired by the structures, the colour of the papers, in combination with the different techniques, we designed unique typesettings and layouts for each card, to give each one its own character, within the visual persona of Rives.’ 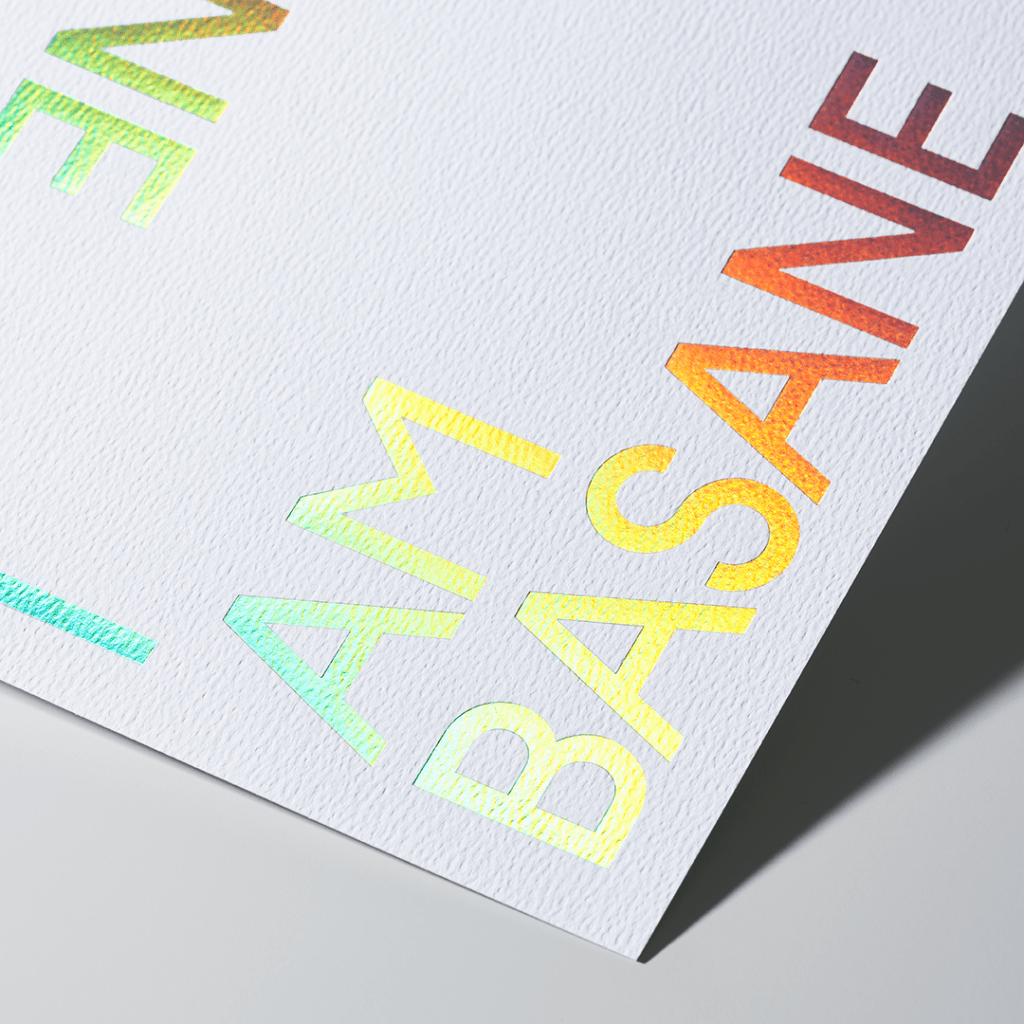 Two foldout posters feature stunning high-resolution photography of a light-splitting prism to display the print performance of Rives Sensation’s gloss and ultra-matt finishes. The cards and posters are carried in a handy, easy-to-send two part folder that separates Rives and Rives Sensation.

The campaign’s super-close-up images and videos make the paper live in the digital space, fully revealing the many facets of Rives and Rives Sensation. BVD generated a library of close-up images of Rives surfaces, and prism imagery to promote Rives Sensation. ‘Inspired by the Arjowiggins symbol, with its angles and directions, we found that by using a prism, we could seize the vibrancy in colours and light and capture print complexity. The dynamic rays of light from the prism gave the paper life in an interesting way. These images enabled fantastic printability and highlighted the sensational ink-lift in a beautiful way’. 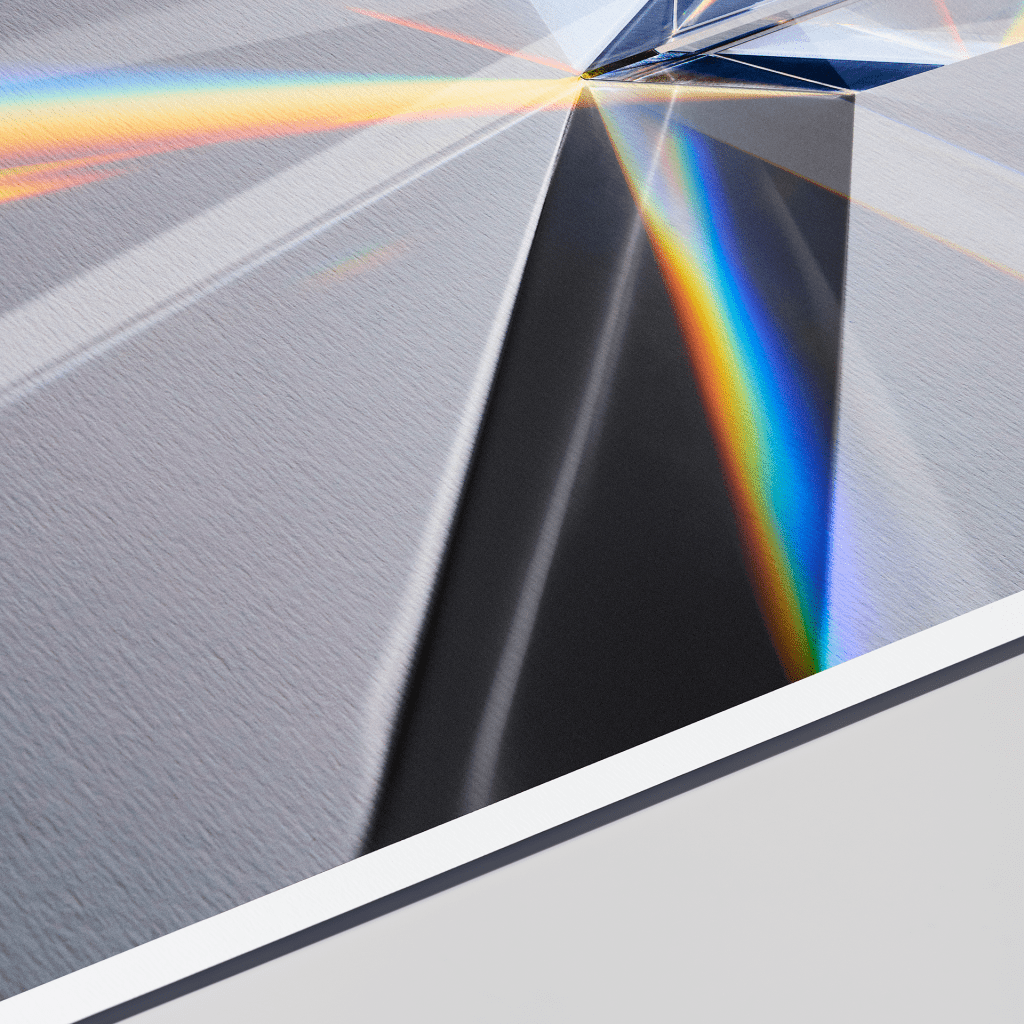 The agency also directed two motion clips for use on social media. In the first, the viewer is taken on a journey across the surface of each Rives’ eight textured surfaces: a special macro probe-lens was used to get as close to the surface as possible, to reveal the character and quality of the paper. The second features the play of light from an unseen turning prism across the paper surface.

‘We wanted to get close’ says Rikard. ‘The idea was to make it almost possible for the spectactor to be able to feel the textures and the quality. Letting the paper be the hero, we visualised the soul of Rives and found an expression that touches you – and that you want to touch – no matter what media you are using.’

Rives is the perfect expression of Arjowiggins’ papermaking expertise and savoir-faire. The new campaign reaffirms our leadership in setting standards – international standards for texture in creative papers.